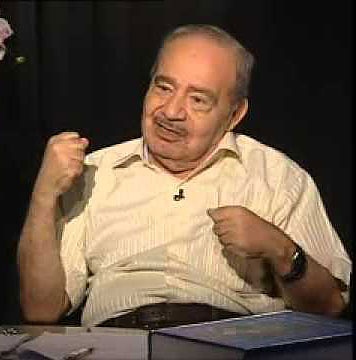 Dr Muhammad Shahrour was born in 1938 in Damascus, Syria.

Shahrour was trained as an engineer in Syria, the former Soviet Union and Ireland.

He is one of the most influential scholars of moderate Islam, offering programmatic and rational alternatives for its reform.

Dr Shahrour started studying and writing on Islam after the Arab defeat in the 1967 Six Day War, which led Shahrour to search for a way out of the region's crisis, which he interpreted above all as a moral and intellectual crisis.His interpretation of the Koran are in line with fast changing social realities in contemporary world. He considers that "jurisprudence in the name of God is a farce benefiting only those wanting to maintain political power", opposing radically the views of both Islamists and of the Ulama, the traditional legal Islamic scholars. According to Shahrour, Islam makes no laws, but sets limits (Hudud) within which men and women shall enjoy "the greatest possible degree of freedom". “It is easier to build a skyscraper or a tunnel under the sea than to teach people how to read the book of the Lord with their own eyes. They have been used to reading this book with borrowed eyes for hundreds of years”.
Shahrour's first book, "The Book and The Qur'an: A Contemporary Reading" (1990) was circulated throughout the Middle East and North Africa. His second and third books have been banned in many countries, but thousands of copies have been published, sold, and circulated under the table. At least thirteen books have been published attacking Shahrour's first book.

His thoughts have angered many traditional scholars in various Arab countries. On the other side, there are Muslims who consider Shahrour's message as a sound alternative in the current context of radicalization, civil wars and international tensions.

The Qur'an, Morality and Critical Reason - The Essential Muhammad Shahrur (2009), selected writings with an introduction from and translated by Andreas Christmann and an interview between Shahrour and Dale F. Eickelman